My son had a school project - to create a shield that represents America in the future. He and his study group brainstormed and then Matthew and his buddy Reese created this circle shield. It's dystopian of course. It seems that their generation so easily accepts a view of the future that life is going to get worse, or at least is not going to be better. So much of their literature is dystopian - think of The Hunger Games, The Maze Runner and the Divergent series for YA - all dystopian. They all portray the premise that the America we know may one day not exist. On their shield the boys drew only a few stars, because in their imagined future only a few states would exist, some would have merged, some would have seceded.

It is interesting to me that they would come up with this because that is what happens in my story. Matthew hasn't read my book, I did most of my writing at night when he was in bed, and I have not really discussed it with him. The background of Gala is that America is fractured - for example: California and some of the surrounding states have become a country called "New West" while Texas, Oklahoma and Kansas have merged to become "Tristate". New West was a country started with great vision, but has since descended into an pre-1989 East Germany type communism. Gala escapes from New West and travels across a vast area of destroyed land to reach a mysterious, prosperous, old fashioned democracy in Tristate. (It's true, I am truly a conservative Texan!)

I would love Matthew to create a flag for my book! Maybe he and I could work on it together. One day. When we are not so ridiculously busy with school and church and soccer and debate and family and friends and the other stuff that makes up our current, decidedly not dystopian life! 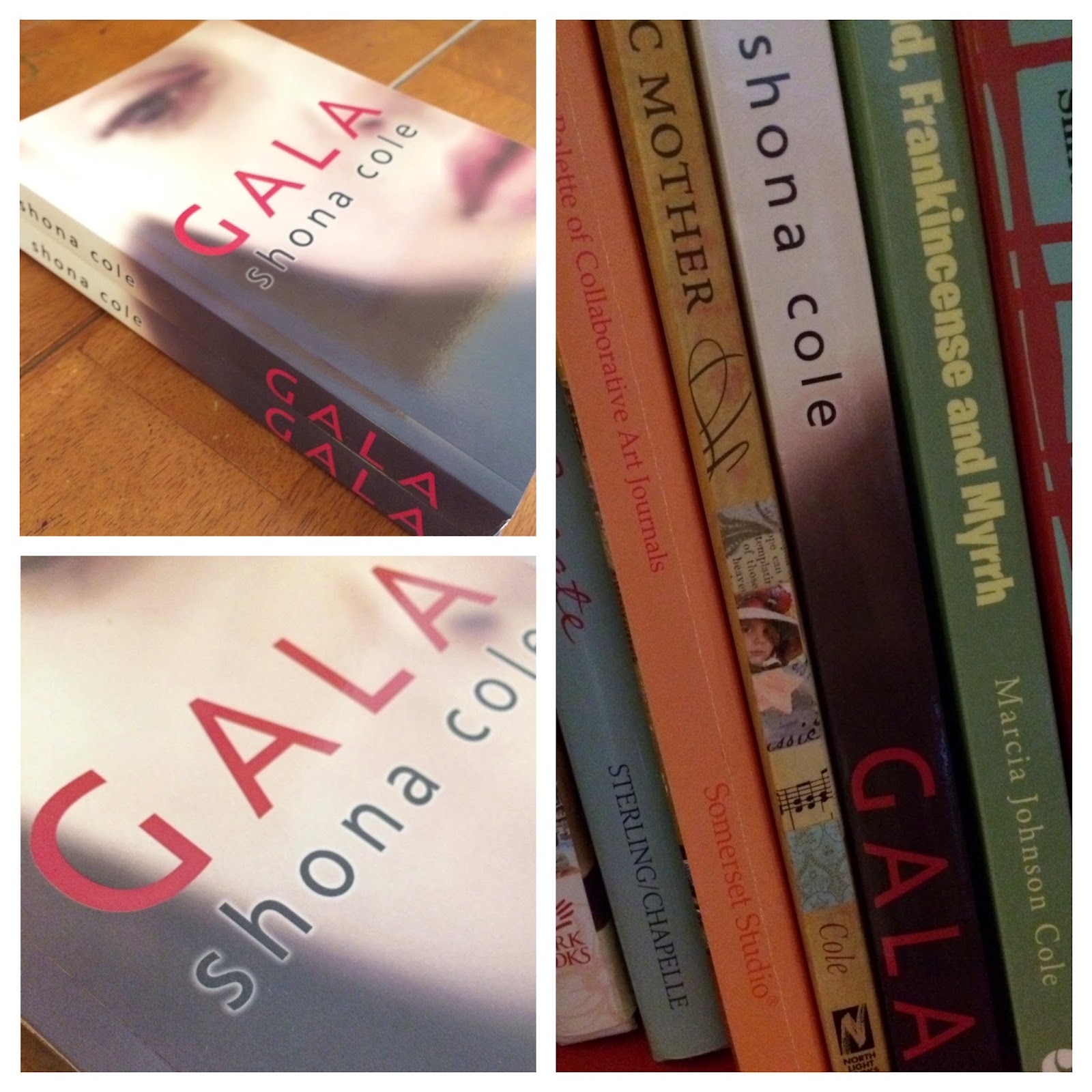 I got the proof of my book. It is in the hands of my editor, Nicole Watson for a final read through. I already know a couple of layout changes I want to make. It will be just what I want it to be when I finally get it up onto the book shelf!
Posted by Shona Cole at 8:30 AM

Thank you for visiting The Artistic Life. I would love to hear your thoughts on art, writing, parenting, or anything else!

Gala is on Amazon!

The Artistic Mother is on Amazon!

The Artistic Mother by Shona Cole

Promote Your Page Too

Blogs I have visited

This is a Flickr badge showing public photos and videos from shonacoleart. Make your own badge here.