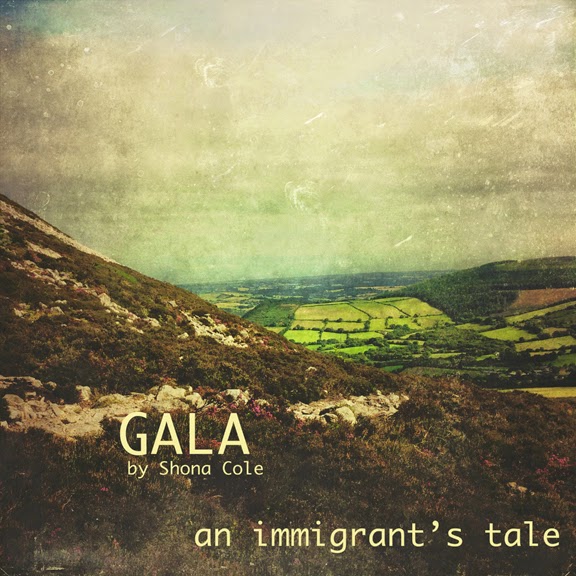 "It’s generally understood that many fiction writers have a semi-autobiographical protagonist in their first books." Joanna Penn

This is certainly true of my first novel. While the story is based on Ruth in the Bible, I could identify with her traveling from one culture to another and working to fit in and be accepted. When I met Mark in 1992, he was only the 3rd American I had ever really met (the first one was also called Marc, at an Irish Language Summer Camp in Blackrock College when I was 12, and like my Mark he was pretty with brown skin, so clean and rich looking). I had never been off the British Isles, not even to the continent (of Europe), let alone the Americas! I am a homebody, I do not like to travel and had no intentions of seeing the world and was not practiced in the art of meeting people different from myself.

So when this American asked me to marry him, with the implicit idea that we would live in the US, I only agreed in my heart when he said that if I didn't like it we could go live in Ireland. Adjusting to American life was very difficult for me. I was very much a South Dublin Protestant when I moved to the States. But I knew for many reasons that my life in Ireland had ended and I was 'meant' to be in America. So I sucked it up. I adjusted. I changed my accent, my clothing. I learned to appreciate American customs and freedoms and ways.

And eventually, like Ruth, like Gala, I was accepted. I found my place. And I was loved.

The journey was worth the effort.

Buy my paperback novel Gala on Amazon.
Or get the Kindle version.
Posted by Shona Cole at 3:20 PM

Thank you for visiting The Artistic Life. I would love to hear your thoughts on art, writing, parenting, or anything else!

Gala is on Amazon!

The Artistic Mother is on Amazon!

The Artistic Mother by Shona Cole

Promote Your Page Too

Blogs I have visited

This is a Flickr badge showing public photos and videos from shonacoleart. Make your own badge here.